Every Day Life in Japan

On Monday, Luke got a little taste of regular, every day life in Japan.

His first step was learning to cook a typical breakfast alongside his hostess Mariko. His first lesson was making Miso soup.

One of the things that was surprising to me in Japan was how different their breakfasts are from ours. Essentially, it looks much the same as lunch... noodles, soup, rise, fish, tofu, salad, veggies and the like. If you want bacon and eggs or toast, you have to ask for "Western Style Breakfast."

Here is the breakfast spread that Luke helped prepare: 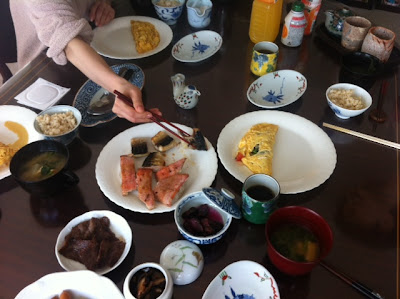 I think they went a little easy on him with those omelets! Although, eggs and omelets ARE regular fare in Japan. James, Ryder and I really liked this video about how a traditional Japanese omelette is made.

After breakfast, he took his host's dogs, Momo and Sora, to the park. He reported back that "Japanese parks are WAY nicer than ours!" 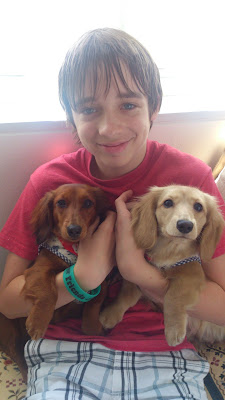 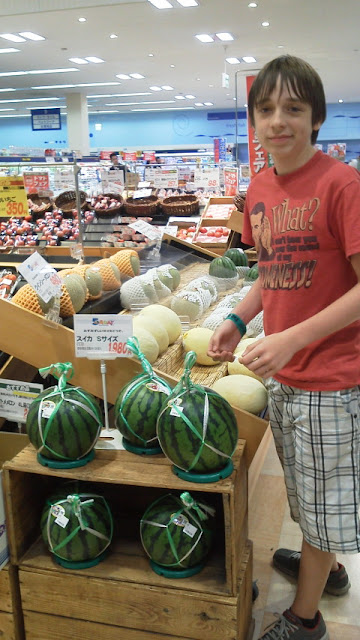 Isn't it interesting how life there is the same... only different?