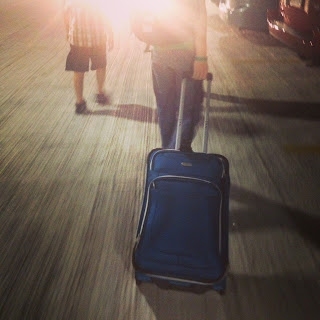 Very early in the morning, while it was still dark, we piled in the car to take our Luke to the airport. At long last, the day had come.

We were all equal parts excited and nervous!

At the airport, we all got passes so that we could walk him to the Admiral's club. We had breakfast with him and then said some teary goodbyes. 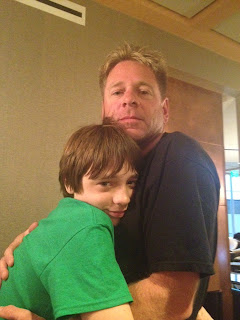 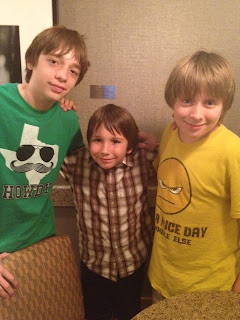 It was HARD to leave him there!

So very many people had let us know though that they and their families were praying for him to be brave, safe and to have a wonderful time. I know that gave him great courage and US great peace!

Just before he had to shut his phone off for the flight I texted him: "Be strong and courageous. Do not be afraid or terrified for the LORD your God goes with you; he will never leave you nor forsake you." Deuteronomy 31:6 ❤

As nervous as I was for him, I was also excited for him to see and feel and know in such a big way that the source of his strength is an ever present God.

At home we gathered around the flight tracker and watched for his plane to take off and land again. Then we waited, not so patiently, to hear that he had ridden the tram in Dallas and found his way to his next flight.

There were no sweeter words than, "Hey mom! I'm in my seat!"

It was a LOOOOOOONG day after that though. For 13 interminable hours we watched as his plane, so little on our screen, travelled across the globe. 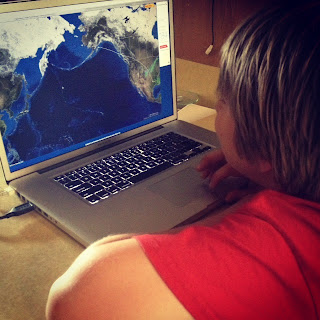 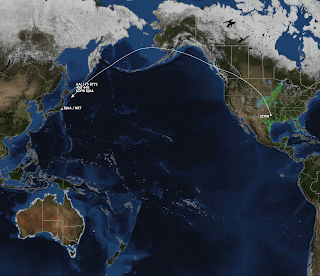 It just amazed us to think of him going 560 miles an hour, 38,000 feet in the air, over Canada, Alaska and  Russia. To think that he travelled over 6,000 miles! We spent a lot of time looking up Google earth views and wondering if he could see those things from his window. We clapped as he left the country and then again when he crossed the International Date Line. What a wonder!

By midnight, we were all so exhausted but could not go to bed without hearing his voice and knowing that had safely landed and found our Japanese friends. 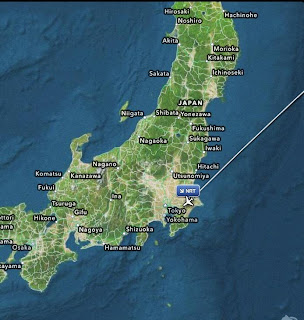 Here he is, arriving. I think he was very tired and a little overwhelmed he doesn't recognize our friends at first.... but waves anyway :-)

And here he is calling his mom to say that he was safe and sound:


His first stop after that? 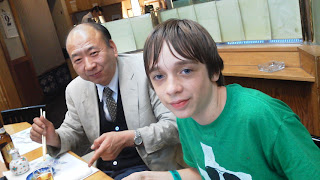 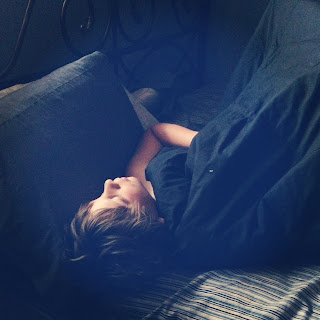