Here's Luke at Mariko and Suzuki san's house, very early on his first day in Japan. 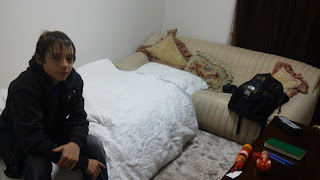 He learned right away that we weren't kidding about Japanese breakfast being different from American breakfast. He had noodles to start his day!

After that, he headed out to meet some new friends. Mariko and Suzuki san took him to join their employee, Sagara, and his family on an adventure. Here he is with his new friends in front of a Japanese 7-11! 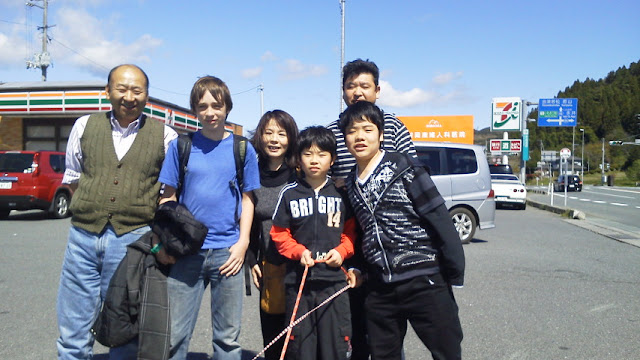 It is "Golden Week" in Japan. A time when many holidays fall together, so lots of people take off work, travel and vacation a bit. Sagara and his family used their time to treat Luke to something very special.

The traveled to the town of Aizu, famous for this castle: 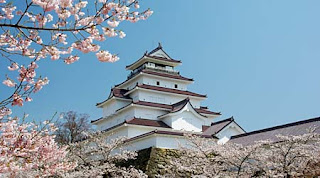 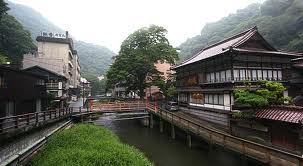 Luke had a lot of fun playing in those springs with his new friends. And afterward, they got to stay in a traditional ryokan hotel.

It looks like this in the rooms when you arrive: 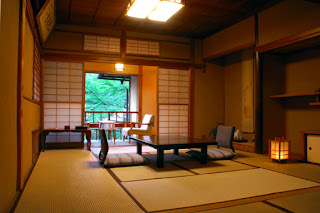 Later, they come and take the table away and roll out comfy mats for you to sleep on. 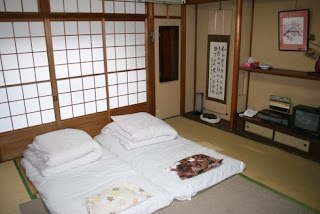 He called us and said that his friends didn't speak a whole lot of English, but they had a translator app. He said they were "super fun to hang out with" and that he was having a great time. In the background I could hear the boys giggling and playing. Sleepovers sound the same in Japan as they do in America!

He also said that they boys really liked their presents. Their favorite part? The Nerds candy!

(Note: the last four images here are not mine... they were originally on Japanese tourism websites hopefully we can replace them soon with pictures Luke has taken!)